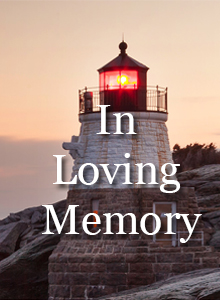 Sheila Ann Segal, 72, formerly of Pawtucket and Saunderstown, passed away on March 9, 2020.  Born in Providence, she was daughter of the late Thomas P. Doherty Jr and Shirley Doherty.  Sheila was a dedicated Nurse for over 40 years.  Sheila worked for many years as a maternity nurse at Memorial Hospital where she cared for the most vulnerable newborns.  Sheila also worked for Blue Cross and Blue Shield as a Littlestep’s Coordinator where she assisted new moms with making sure they were provided with the necessary tools needed in order to be prepared for their new child.

Sheila enjoyed seeing Broadway musicals at Providence Performing Arts Center (PPAC). She also loved to sing along and dance to Broadway tunes.  No matter what the occasion, she always managed to stop at Gregg’s, and grab a slice of the heavenly chocolate layer cake.  When she was not working she would walk around Narragansett Pier and would always offer to babysit for a neighbor. There was no such thing as too much love from babies.  Sheila was also an avid New England sports fan.  She loved the Red Sox and the PC Friar basketball team.

Sheila is survived by her four children: Joshua M. Segal of North Providence; Brian A. Segal of Massachusetts; Jonathan I. Segal of Clearwater, FL; and Elizabeth C. Segal of Wakefield, RI; as well as by her only granddaughter, Maya Segal.

In lieu of flowers the family asks that donations be made to Rhode Island Alzheimer’s Association.