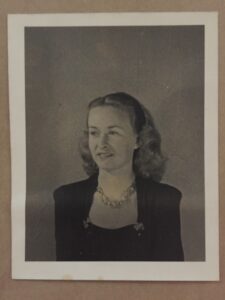 Mary A. Pallotti of Windsor, CT passed away on February 4, 2021 in Warwick, Rhode Island.

Mary was born to Frank and Bertha O’Neil on June 9, 1923 in Hartford Connecticut and was the youngest of seven children. Throughout her life Mary was a lover of animals and would often stop traffic to rescue stray dogs on a road or highway. Over the years she owned a variety of cats and dogs including basset hounds, Labrador retrievers, bulldogs, Pekingese, and pugs, let alone mixed breeds, to name a few. Mary held strong convictions and was a protester against the Vietnam War at a time when few others dared question our government’s actions. She wrote numerous letters to the newspapers, drawing attention to the use of napalm, and other atrocities and could often be found carrying a protest sign at Pratt and Whitney or at the state capitol. Mary was a card-carrying member of the ACLU and NAACP and was also active in civil rights and animal rights. She also had the courage to put a large sign in her yard protesting the Iraq War when it was also very unpopular. It was later discovered that she was on J. Edgar Hoover’s FBI watch list which I’m sure she took as a badge of honor. Later in life Mary ran her own antique business and she enjoyed the satisfaction and independence of operating a business. Mary was a great lover of books and continued to read history well into her nineties.She was a lifelong non-conformist, with a touch of eccentricity, and more than occasionally, expressed views and leanings ahead of her time.

Mary is survived by 4 children; Tommy, Jamie, Lisa and Nicky. In addition she has 5 grandchildren and 6 great grandchildren. In her final years Mary’s caregiver was Tom Farrell who became a steady companion and friend and enabled her to stay in her home until just a few months before she passed.