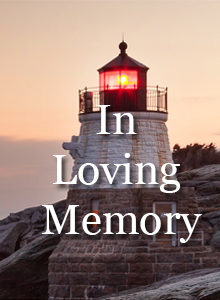 Dominic was quick with a smile and eager to help those who crossed his path.
Born Aug. 10, 1937, in Rochester, to John and Phoebe (Frosino) Parlato, Dominic attended PS27 and East High School, where he was known to family and friends as “Donald.”

He served as president of his sophomore and junior classes and played high school varsity cross country, football, basketball and baseball.

At 16, he joined the United States Navy Reserve and at 17, the U.S. Marine Corps Reserve. After graduating high school, he served three years active duty with the U.S. Marine Corps at Parris Island, Camp Lejeune, and aboard the USS Randolph and Intrepid aircraft carriers. before being honorably discharged in 1958 with the rank of E4, Buck Sergeant.

Following his service, he attended the University of Vermont where he majored in accounting, played varsity basketball and football and was a member of the Kappa Sigma Fraternity.
It was also at UVM where Dominic met the love of his life, Paula Stevenson. Their lives were blessed with three children, Craig, Jill and Todd.

Upon graduation in 1962, he obtained employment in NYC with Haskins and Sells, CPAs, earning the CPA designation himself.

In 1967, he formed an accounting practice with partner Bruno Talevi in Oneonta.

In his spare time he played semi-pro football in the Empire League for three years with the Oneonta Indians; served as president of the Southern Tier Chapter of the NYS Society of CPA’s; and was co-chair of Planned Parenthood of Otsego and Delaware Counties. He also served on the boards of the A.O. Fox Hospital Board of Trustees; A.O. Fox Foundation; United Way; Hartwick College Citizens Board; and was active with Oneonta Junior Jaycees; BPOE 1312; and the American Legion. As a Master Mason with the Oneonta Lodge of Free and Accepted Masons, he was awarded the Dedicated Service Award and served as treasurer.

Dominic served as an adjunct professor at Hartwick College and the State University College at Oneonta. He received the Personal Financial Specialist (PFS) designation from the AICPA and earned Life Insurance Agent, Registered Representative and RIA designations.

He was predeceased by brother-in-law, Peter DeMauro and daughter-in-law, Carol (Tilton) Parlato.

Dominic was a man who welcomed people with an open heart and will be missed by many.

A memorial service will be announced in 2021.