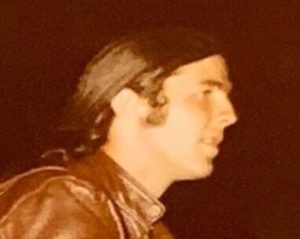 James “Mitch” Mitchell, 59, passed away on May 1st in Newport, RI at the home of his loving daughter.

He was preceded in death by his parents, the late Rex and Anne (Holmes) Mitchell.  He was the former husband of the late Connie Bradley.

He was the father of Dana (Keith) Johnson and Lyle (Natalie) Moore.

He was a machinist in the auto industry and a mechanic in the plastics industry for many years until his illness.

His favorite things were fishing, bowling and playing cards.  He was an avid sports fan.  He was a New England Patriots and Boston Red Sox Fan.  He also Enjoyed NASCAR.

He was the brother of JoAnne, John (Corinne), Kathleen, Michael and Jeannie (Bonnie) Mitchell.  Uncle to Tracy, Joshua and Alana.