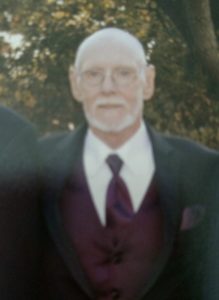 David J. Leamy, 74, passed away peacefully at home on June 10, 2020. He entered this world on December 29, 1945 in Providence, RI, born to David and Ellen Waterman Leamy, of Warwick, RI. He was the eleventh of twelve children and the step son of David Ward.

David was a loving husband to Laurie J. Leamy for 37 years and is survived by his children; Melissa Mohring of North Kingston, Michael J. Leamy of East Providence, and his two grandchildren; Jennifer and Isaiah Leamy. David also leaves behind two sisters; Ruth Marchand of Alton, NH and Jeannie Reeves of MA, along with 40 nieces and nephews.

David was a member of United Haven Methodist church in East Providence. He was a jack of all trades, and his jobs included; railroad machinist, silversmith, airport security, and school bus driver, but his family was his greatest accomplishment and joy. David was a Cubmaster for Pack 29 in East Providence and also taught Sunday school at his church.

A memorial will be held at a later date.